A whimsical look at the trials and tribulations facing Fairy Godmother in modern times. Business is dwindling, and her traditional matchmaking ways are in jeopardy given the increasing number of internet dating sites. She must find a client, but will it mean giving up her tried-and-true methods and turning to technology to save her business?

Click here for directions to the theatre and for information on parking.

*Note: The IndyFringe building houses two theaters. The one at the front of the building is The Basile Theatre where my play takes place. 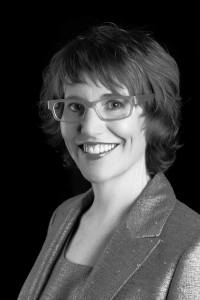 Most recently, Lisa has been seen playing the parts of Madame Treninny in Q Artistry’s Perry Haughter and the Magical Musical and Donna Lucia D’Alvadorez in Charley’s Aunt at The Cat. Lisa is delighted to be reprising the role of the Fairy Godmother after originating it for 2016’s DivaFest. If you’re looking to be charmed by a Fringe show, you’ve found your perfect match!

Sabrina is excited to play not one but three roles in this modern fairy tale! She has been in over 30 shows around Indy. Favorite roles include Marianne Dashwood (Sense & Sensibility), Juliet (Romeo & Juliet), Nora (Brighton Beach Memories), Wendy Darling (Peter Pan & Wendy) and Jean (August: Osage County). She also enjoys flying planes and working as a performer at Happily Ever After Productions. She would like to thank Ashley & Spencer for giving her this opportunity, and hopes you enjoy the show!

While he had some roles in high school and college, Kyle’s foray into acting really comes through the practice of oral interpretation and forensic competition, where he won national awards performing prose, poetry, and dramatic literature for the Ball State University speech team. Now a professor of communication at Marian University, Kyle directs their nationally-ranked speech and debate program and helps students own their voice through storytelling, world-building, and advocacy. When he isn’t introducing iGen to the world of human interaction, Kyle hangs with his charming wife Anna and their plucky daughter Margot, enjoying the best of Indy. 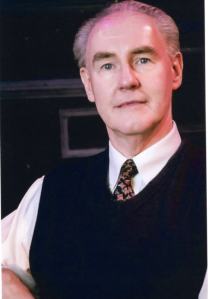 Carl Cooper (Voices: SEBASTIAN THE MOUSE and THE MIRROR)

Carl is reprising the roles he first played in the original production of Fairy Godmother & Associates at DivaFest 2016. A long-time Indy theatre veteran, he has worked with Civic Theatre, Bobdirex, Footlight Musicals, The Phoenix, and Theatre on the Square. A recipient of the Encore and Corbin Patrick Awards, Carl’s roles have included the Mother Superior in the Charles Busch comedy The Divine Sister, the Historian in Monty Python’s Spamalot, Harold in The Boys in the Band and Major-General Stanley in The Pirates of Penzance. He is surprisingly taller offstage.

Spencer has been involved in many local productions as a director, actor, and lighting designer. He is looking forward to directing a production of Fiddler on the Roof at Heritage Christian High School this fall. 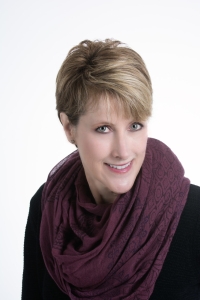 By putting her unique spin on the classic story of Cinderella, Enid created her own twisted fairy tale. Who’s to say that Fairy Godmother doesn’t run a matchmaking business? And that The Big Bad Wolf isn’t her landlord?

Fairy Godmother & Associates was first performed at DivaFest 2016 and Enid is proud to bring it back to the stage for this, her first appearance at IndyFringe Festival!

Hats off to IndyFringe as the theatre celebrates its 15th Anniversary! How appropriate then that the modern gift for a 15th anniversary is a watch because Fairy Godmother is racing the clock to save her business!

Ashley Elliott for taking on the role of production assistant and keeping the FG&A Team organized.

My dear husband, Todd, for his love and encouragement (and kindly acting as my editor-in-chief on all of my writing projects).

My writers group – Judy Miller, Kassie Ritman and Marjie Giffin – for their friendship and unending encouragement and support.

Andy Black for his playwriting mentorship and support.